It's March! And in the interest of having fun I am doing something called Appendix N Madness. I'm going to be pitting the Appendix N authors (plus four authors featured in Swords Against Darkness III) against each other via Google + polls in a bracket-style challenge to determine once and for all the greatest author.

Here are the seeds and regions:

Every day in March around noon EST I will put up a poll on my Google+ collection Appendix N and Beyond that will pit two authors against each other. There will also be a winner from the previous day's poll. The first poll will go up today, and will feature: 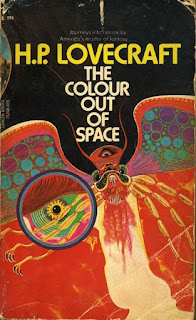 Howard Phillips Lovecraft
Lived 1890-1946
Notable works: "The Call of Cthulhu," "The Colour Out of Space," "The Shadow Over Innsmouth," "The Dunwich Horror," At the Mountains of Madness, The Case of Charles Dexter Ward

H.P. Lovecraft was a retiring New England author whose works frequently featured in Weird Tales. Unsuccessful during his lifetime, Lovecraft was extremely popular in the circles of science fiction and fantasy writers who went on to promote his work posthumously. HPL is the most prominent author of the "weird fiction" genre, and today is widely copied with dozens of "Cthulhu" and "Lovecraft" anthologies. His writings are widely read and influential. Lovecraft's detractors mostly focus on his racist views of humanity, but his vision of cosmic horror overcomes the places where this is a defect in his work. 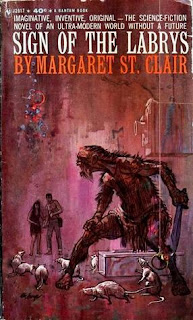 Margaret St. Clair is best known for The Sign of the Labrys, an occult-inflected science fiction novel. Dealing with a world ravaged by a deadly disease, Labrys introduced the concept of a truly massive, multi-level underground complex and has been credited with the idea of the dungeon "level." The novel goes off into some occult elements and is strident in places. The Shadow People is about hidden elves beneath the 1960s Earth. These both have a fairly obvious connection to the underworld campaign idea, although neither is very strong on D&D's medieval elements. St. Clair is most noteworthy otherwise for bringing paganism and '60s psychedelia into science fiction.