Day 6 of Appendix N Madness brings us to Fantasy, where Fritz Leiber will face off with Andrew J. Offutt. 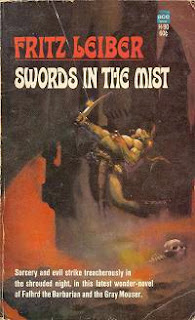 Fritz Leiber was the son of a Shakespearian actor and was quite the capable player himself, acting in a number of productions and writing several plays. He was responsible for calling the heroic fantasy subgenre "sword & sorcery", a name quickly lifted by L. Sprague de Camp, and his Fafhrd and the Gray Mouser are excellent examples of the genre. He also wrote occult and horror influenced works, such as his novels Gather, Darkness and Conjure Wife, and was named a SFWA Grand Master in his lifetime. Leiber also had a closer relationship with the RPG community than most Appendix N authors, writing original stories that appeared in Dragon Magazine and putting his imprimatur on a TSR Lankhmar board game and AD&D supplements. 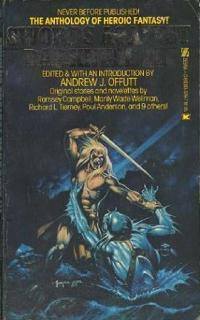