What Makes a Great Adventure? 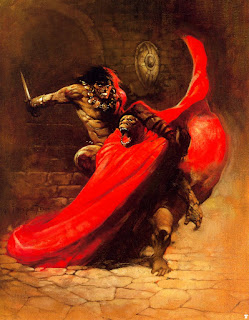 "Hither came Conan the Cimmerian, black-haired, sullen-eyed, sword in hand, a thief, a reaver, a slayer, with gigantic melancholies and gigantic mirth, to tread the jeweled thrones of the Earth under his sandalled feet." - Robert E. Howard, "The Phoenix on the Sword"

I've been thinking a lot lately about what makes a great D&D adventure, and what is necessary in a published adventure module. In no small part this is driven by the fact that I found a lot to recommend the 5e module Princes of the Apocalypse, but I also found a lot that is lacking in the module.

The ethos of Conan, such as they are, are definitely missing in the atmosphere created by recent editions of D&D. It appears somewhat in a game where the primary drivers are acquisition of wealth and conquest of a kingdom, which is the mode that OD&D set out to realize. Players just wanted to keep going with the dungeon part of the game, though, and eventually the reward mechanic shifted to recognize that fighting monsters would be the main focus of the game. Once that happened, the whole motivation had to change. Instead of being a game where there is treasure and the goal is to find it, it becomes a game where there is a problem, and you have to hack some monsters apart to solve it.

The elements, as I see it, of a great adventure are: a treasure (the motive), obstacles (the reason the treasure hasn't been taken already), and choices (multiple ways to get in trouble).

Treasure I see given a sad-sack treatment in most published modules, which is really weird given the importance of treasure to old school Dungeons & Dragons. There are very few dungeons I can really think of that have an "it" treasure that ties the whole thing together. Too often there is simply a big challenge that has a significant number of coins, gems, jewelry or magic items. It seems to me that one or two really memorable pieces, with corresponding magical powers and/or high GP values, are at least as important as the other aspects of adventure design.

For instance, B1 In Search of the Unknown has a treasure listed as "Onyx statue worth 200 g.p.". What is the statue of? How big is it? How old is it? How much does it weigh? There is an actual famous onyx cameo (engraved gem), the Gemma Augustea, with an elaborate two-tiered engraving. It's 7½" x 9" and about ½" thick. That's an actual piece of "treasure" that the PCs could take. The whole listing can be brief:

I mean, that's not rocket surgery, but it does give you some hook. You know it's ancient and might have some significance. It might even be a clue to information elsewhere in the dungeon, or it might just be a piece of treasure that's worth describing to the players. Either way, I'd rather have this than the anonymous "Onyx statue." And yet even the description as being made of onyx is more than you'll get in a lot of modules. 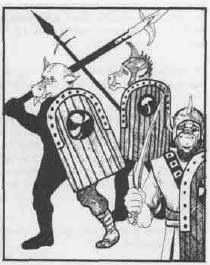 Obstacles are the wonderful things that, in the Moldvay Basic rulebook's dungeon generation guidelines, fall under the various categories of monster, trap and special. These are the things that will occupy most of the playing time if the module is played as written, and as such they tend to get the most love.

Back when 3e was new, Monte Cook wrote "The World's Shortest (Yet Technically Complete) Adventure," "The Orc and the Pie." This is a 10'x10' room. The room contains an orc and a pie. (You can see a version here.) This was written with the assumption that the PCs would kill the orc to get his pie – it's in the adventure synopsis, "he PCs kill the orc and take his pie". But even that is a multi-dimensional obstacle. The PCs can use stealth, or magic, or manipulation, or even pay the orc for his pie.

The vast majority of modules keep the monster encounters to manageable numbers that the PCs can take on in one-on-one combat. I think this is generally a shame. After all, OD&D lists 30-300 orcs as appearing, and I think that a dungeon with 150 orcs in a single general region would be a lot more interesting than one with 25 rooms and the equivalent of 6 orcs each. By going over on the "possible" numbers, the orcs are now a real obstacle to be figured out, not just an HP or spell cost to get through the room. After all, if you're going to put orcs in your module, you should do it in a way that is going to stand out.

(As a side note, I don't think that unique monsters versus generic ones does much at all to change the quality of a module. At the end of the day it's not the monster, it's what you do with it; if you have a wildly creative creature that always attacks and does standard damage, you might as well have just used a generic monster. Well-used original monsters, of course, can really enhance an adventure, but they aren't required.) 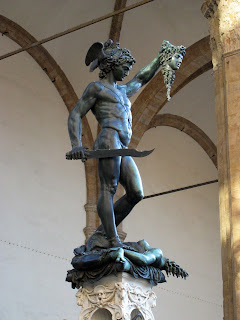 Likewise, traps should actually be obstacles, not random HP sinks. Especially if you're using a version of D&D where "detect traps" is an ability, make the trap really nasty but put it in the way of something. The PCs see a door, but stepping on the stone in front of it unleashes a trap. They can detect that trap all day, but actually getting into the door requires them to do something about the trap. The corridor is lined with arrow traps; you can see the slits in the wall, but you need to figure a way past them. The goal shouldn't just be to kill unwary PCs, but to actually make proceeding through the area difficult. After all, the traps have presumably been painstakingly built to protect a valuable treasure. Why would they be put in a random place and not impede forward progress?

"Specials" are often the whole reason modules are worth buying. I mean, would B1 In Search of the Unknown be anything other than a monster-ridden "fantasy Ikea" without the Room of Pools? This is where the adventure gets to evoke a sense of wonder and change the flow of the game and create its unique experience. In Moldvay this is one-sixth of your rooms; that may be a bit ambitious, but then some of these will just be something interesting instead of a really transcendent moment. But a great adventure has at least one of those.

Choices are why people hate railroads. It's why they hate quantum ogres. When I read a module, I usually look for branching points on the map, and see what happens if the PCs pick one versus the other; you can usually tell whether a module's going to be good or not by that expedient. Even if it's a small dungeon, there should be at least two paths with meaningful unique places to go. A module without meaningful choices offers nothing to the players as a challenge; even very limited alternate paths can really change the tone of an adventure. I like Justin Alexander's Jaquaying the Dungeon for more on this.

The trick with choices is finding ways to give the players information about the choices they are going to make. A blind selection between left and right is a coin flip, not a meaningful decision. Rumors, hints elsewhere in the dungeon, information gained through monsters, partial maps, or any sensory clues are all ways to inform a decision. One corridor is warmer than the other? That changes the calculus. Doubly so if the PCs think there might be a dragon in the dungeon.

A lot of information-gathering tricks are just underused. For instance, graffiti; large underground complexes in the real world frequently have "street" names to indicate different corridors. Why not have that, particularly in a language of underground humanoids or other intelligent dungeon denizens? Any kind of signal about the "areas" of a dungeon makes for solid information. Even deceptive clues can drive player choice, and later be put together into a bigger picture.

I really think this is the dividing line for a great adventure: if meaningful choices are not created, if the map is just random or the choices are all made blind, then it can't create the kind of play that I think exists at the highest level of D&D. Players have to be able to route around obstacles, which usually will mean picking between two. And that's the beautiful thing in an open adventure design.

By these standards, I don't think there are that many great adventures. For the most part, what people see as both classics and great modern adventures are ones where the "specials" or the particular use of obstacles (usually monsters, except S1 Tomb of Horrors, a master class in traps) are memorable. S2 White Plume Mountain is probably the only module I can think of where the treasure is as noteworthy as the dungeon, while Caverns of Thracia has a terrific choice structure. But I do think these are good criteria to judge an adventure, and worthwhile goals for a designer setting out on a new one..
Posted by Wayne R. at 3:34 PM 4 comments: