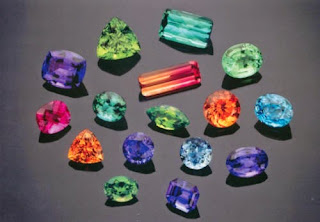 I'll preface this by noting that I prefer to use OD&D volumes II and III to roll up treasure for my classic games, no matter what rules I am nominally following. This has led me to notice a small but extremely meaningful change in gems, specifically.

When you roll on the gems table in OD&D, you come up with a value between 10 and 1000 GP. Once you roll each gem, you roll a d6 to see whether it needs to be increased a step. Every 1 rolled moves it up by a step and calls for a further roll. Beyond 1000, this goes to 5000 GP and then, by increasingly large steps, all the way up to half a million. (This is less ridiculous than it seems; there is only a 10% chance of rolling a 1000 GP gem, and you'd need to roll six 1s in a row - almost one in half a million odds, in total.)

Without getting too much into the math, OD&D gems wind up averaging about 440 GP each. This is heavily inflated by outliers, but that is the reality of gems in the game: you get one 5000 GP gem and it also skews a PC's XP total rather nicely. Over one percent of gems will be so valuable, so they are rare but possible in-game events, too. (Whereas maybe two in a million will be worth 500K.)

The Holmes edition contains a reworked gem table that changes two factors. First, it lowers the chances of high value gems, skewing the whole situation toward lower values. Second, it caps the value of increases at 1000 GP. The net effect is that, in Holmes, the value of the average gem declines to under 250 GP. This is quite a letdown, even though the rationale for removing gem values over 1000 in Holmes is sound: they could take the PCs clear past level 3 and out of the basic set's purview.

Moldvay uses the same modified table as Holmes, but has no increase rolls. This further simplification shaves another 50 or so GP off the average gem, leaving it a few GP under 200. At this point we are less than half what we had in OD&D, and all through some evidently minor fiddling with the numbers of the chart.

In play, this makes gems in an OD&D dungeon a very desirable commodity, since their values tend to run higher (and since, in OD&D, you tend to find 1d6 gems rather than a single gem at a time). Gems are already the second best treasure in the game, after jewelry; after all, if one gem weighs the same as one gold piece but is worth five hundred, that makes a huge dent on encumbrance relative to value. In OD&D, it's worth taking a determined effort to specifically find gems in a dungeon. In Holmes and Moldvay, because their value is so much lower on average, it's not really worth seeking them out after level 1.

Also, I think that the removal of the 5000+ GP gem values takes out a bit of the excitement of finding a treasure hoard. By allowing for that possibility in a GP-for-XP game, OD&D makes it really possible that an individual treasure will get some low level characters up in level in a single adventure. It also allows for some really impressive physical specimens - after all, isn't a lot of the joy of treasure hunting not just finding some average jewels but a massive pearl or ruby? If you can't find a diamond like the one in the film Titanic (which I figure would be in the 100,000-500,000 GP range), I think it diminishes gems as a vital part of the hoard.
Posted by Wayne R. at 6:25 AM No comments: 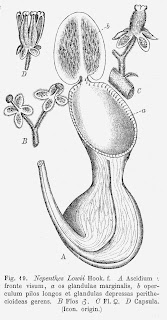 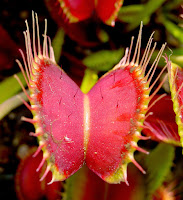