Day 9 is the return of the Weird bracket for A. Merritt vs Manly Wade Wellman. 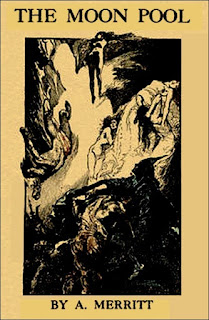 A. Merritt
Lived: 1884-1943
Notable Works: The Moon Pool, The Metal Monster, Dwellers in the Mirage.

Abraham Merritt was a working journalist and editor who wrote adventure literature with science-fiction twists as a sideline to his main work. His Moon Pool, Creep, Shadow, and Dwellers in the Mirage are listed in Appendix N, and Moon Pool is now public domain. Merritt's writing is basically a combination of adventure fiction in the tradition of H. Rider Haggard's King Solomon's Mines with twists drawn from Theosophy and other current beliefs about lost civilizations and esoteric secrets. Merritt was quite popular in his heyday but has generally faded from popular memory. He remains, with Edgar Rice Burroughs, a pioneer in combining adventure and fantastic writing. 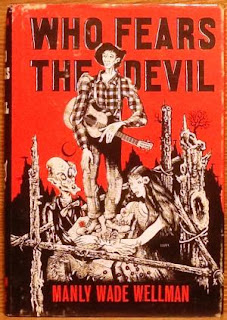 My best guess is that it was John the Balladeer who got Manly Wade Wellman into Appendix N. This was a series of short stories following Silver John through Appalachia, where he plays a silver-stringed guitar and fights off various and sundry demons. His barbarian character Hok was out of print by Gygax's time, and his John Thunstone stories were not in print between the 1940s and 1980s. Wellman, with his influence from the real-world occult, was fairly representative of the average contents of Weird Tales, which published some of his original work. A film, The Legend of Hillbilly John, was adapted from several of his Silver John stories.