A Master Class in Refereeing 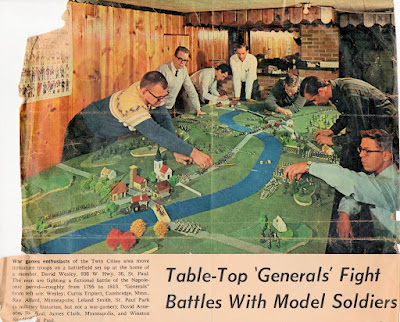 You should watch this interview with Dave Wesley, the inventor of Braunstein, the war game that led directly to Dave Arneson's Blackmoor and thence to Dungeons & Dragons.

Wesley describes how a refereed game changed his wargaming: once there was a referee, players could take ad-hoc actions. He describes how players in one wargame scenario decided to take apart a barn and use the timbers to build a bridge across a river to move their troops. And Wesley as the referee had to rule on how long it took the troops to deconstruct the barn and move the timbers. He also goes on with a few thoughts on how crossing rivers might work in a wargame, including randomly determining its depth and making rulings from there on what can go across.

This is an adaptation of the principles of free Kriegsspiel – the open war game method used in 19th century Prussia – based on Wesley's reading of Charles Totten's Strategos rules. (You can buy a facsimile of Strategos online now.) The historical progression that Wesley describes is logical and compelling; his desire for more complex refereed scenarios and his severe time constraints combined to create what would become Braunstein.

Wesley describes three basic things that make part of his rulings. First, there's the question of what he had decided secretly before the scenario; he may already know that the river is only a foot or two deep and cavalry and infantry can wade across (although artillery cannot follow). Second, there is random determination, where Wesley would throw a die to decide how deep the river is at this point. And third, his own knowledge often factors in, as he describes the results of the river's depth. There is no formal rule for this. so he comes up with appropriate descriptions.

He also describes a touch of classical irony that sometimes happens in gaming as well as war, where soldiers fought to take a bridge when they could as well have waded across. I'm sure this rings true for many referees.

Although Wesley focuses on the river scenario in this discussion, the lessons (and indeed, much of the ideas of free Kriegsspiel) are generally applicable in RPGs. One thing I think adventures benefit greatly from are details like the barn that properly motivated PCs can use to try and gain an advantage.

The other detail that Wesley gets into that applies in obvious and not-so-obvious ways to RPGs is when he talks about the persistence of details across games. While it's mostly obvious, the idea I particularly liked is using notoriety as a way of changing how a PC is perceived. Dave Arneson's bandit starts off as a no-name Mexican but once he blows up the bank there are "Wanted" posters plastered across the town. (Of course, it's also a delightful gaming story that he blew up the bank.)

The specific resolution that Wesley arrived at for a duel in the first Braunstein game (a simple roll-off where one participant had 3 dice and the other 2) is too simplistic for RPG combat, but most of the ideas can translate directly. Wesley is a brilliant referee and this is a great peek into his mind.

(The photo at the top of this article is referenced during the discussion.)
Posted by Wayne R. at 12:05 PM 6 comments: 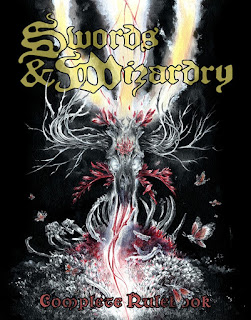 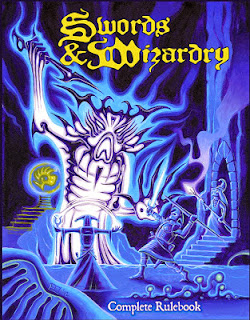 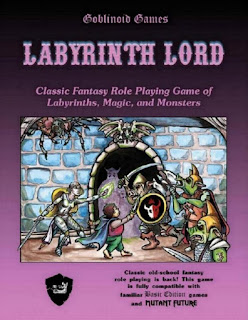 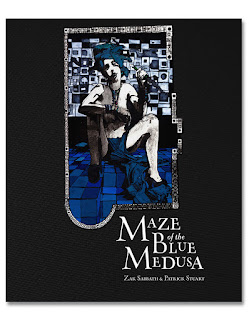 It's kind of a funny coincidence to me that my recent game, set in the megadungeon I am slowly working on, used Swords & Wizardry Complete. More than any other OSR system, S&W really benefits from a strong vision on the referee's part, and I think giving the book a new look and adventures outside of the Gygaxo-Arnesonian tradition is a move toward that. LotFP, after all, is not far off from B/X D&D in the text of the rules but the actual play experience is far different. I'd like to see where Swords & Wizardry can go.
Posted by Wayne R. at 10:20 AM 6 comments: