Day 6 ended with the most epic result thus far as only 4 souls out of 92 voted for Andrew J. Offutt; Fritz Leiber will advance to round 2.

Day 7 of Appendix N Madness brings us back to Sci-Fi where Poul Anderson faces off against Fred Saberhagen. 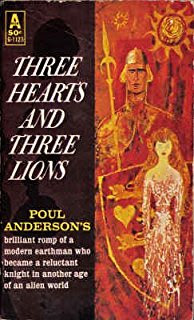 A pulp science fiction author who thrived in the transition to full-length novels, Poul Anderson was a mover in the Swordsmen and Sorcerers Guild of America and an SFWA Grand Master. He was mostly known for his sci-fi such as the Polesotechnic League series featuring Nicholas Van Rijn, but wrote several novels that go into fantasy and are listed in Appendix N. Three Hearts and Three Lions is one of the few novels other than Lord of the Rings that can be run in AD&D without needing any outside resources. The Broken Sword is a masterwork that draws on Norse myth, and The High Crusade is a science-fantasy romp with medieval Englishmen who take over a spaceship and go on an interplanetary crusade. 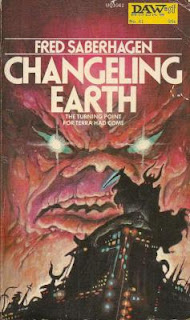 It was an entry in Saberhagen's Empire of the East that landed him on Appendix N. This is an early "hidden post-apocalyptic" type of fantasy series with a super-intelligent computer in a world where weapons of mass destruction lead to a change and return of magic. He followed this with the related Book of Swords series set in the same world, where swords of power are used to amuse the gods with mortal affairs. Saberhagen also wrote an extensive space opera series called Berserker about humans confronting machine intelligences that want to destroy all (well, most) life, and a 10-volume series of Dracula novels, with the twist that they are from the point of view of the vampire himself.