Has the OSR mostly embraced thieves? 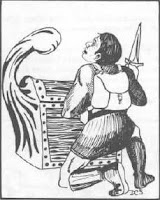 In the earliest days of the OSR, a number of people didn't care for thieves. Read through this thread on Grognardia from 2008, and it becomes clear that a lot of people (including me) didn't really care for them. I think a good chunk of the reason was in Philotomy's musing about thieves and thief skills (you can find all of Philotomy here, it's a great read if you haven't gone through it yet), which posed it as a live question.

With more games being based closer to B/X D&D, and with Swords & Wizardry Complete taking on more prominence, the thief has snuck back into the game without much protest. Lamentations of the Flame Princess and Astonishing Swordsmen & Sorcerers of Hyperborea both remove percentiles as a way to not make thieves so bad at everything, but many games stick with the thief skills pretty much on the model of Supplement I: Greyhawk.

I have a thief in my Stonehell game, and he's pretty well played. Not to mention lucky - he may have failed a bunch of saving throws, but rolled a 20 when he took a jet of save-or-die poison gas to the face. I kind of like having a lightly armored character in the dungeon, but I don't think the thief class is the best way to get that. Thief skill percentages are awful until high level, and it's more fun to do trap detection by narration anyway.

It seems to me that, in a game without thieves, magic-users should have a bigger niche. Classically the M-U's main job is to cast sleep once (unless the player went and memorized something else; charm person is ok too, but magic missile seems like it was mostly meant to cause players to waste their spells) and then hide behind the fighters and clerics; in return she (gender choice in honor of Azraiel, an M-U who recently perished in my Stonehell game) will be blasting things with fireballs and lightning bolts once she reaches 5th level.

But the magic-user seems to me to be well suited to recon, particularly once she reaches 3rd level. Then she can cast invisibility on herself, and use sleep or charm as a failsafe if she gets in a spot of trouble. By contrast, a thief who gets caught loses his whole advantage since he can't backstab once he's been seen. Magic-users are lightly armored and so have their full movement rates in tact.

I think this doesn't play out as much as it should because M-U players value every scrap of experience they get towards being able to nuke enemies with fireballs. But that doesn't really call for a thief, and I want to discuss the possibility with the players next time I run OD&D.

Now, I think that if you're playing AD&D the magic-user/thief is actually pretty good. Extra HP and weapon use, backstab damage and only half a level behind, plus the thief levels keep going up after the elf hits the M-U level cap.

But in an OD&D or classic D&D game, or their simulacra and genetically modified clones, do we really need the embrace the thief has gotten?
Posted by Wayne R. at 1:13 PM