Magic and the Sense of Wonder 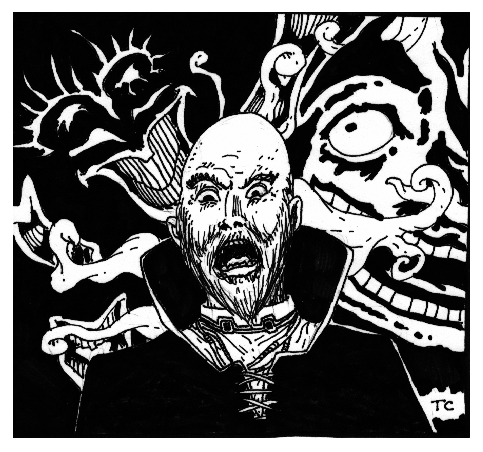 A linkbait list from io9 recently listed the "20 Most WTF Magical Items in Dungeons & Dragons." It's pretty typical of the genre; you can find it here. But it happened to have an excerpt that I found intriguing.


The Wand of Wonder — as in, the Wand of Wondering What The Luntic That Made This Thing Was Thinking Of. When used, it performs one of 20 completely random functions, which can include 1) a powerful gust of wind, 2) 600 butterflies appearing out of nowhere, 3) shrinking the wand holder, and 4) making leaves grow on the target for some reason. Say you were a soldier. Would you bring a gun that would randomly fire bullets, water, or 600 freaking butterflies into battle? Exactly.

I didn't like the article, but this helped me put my finger on something that has long bothered me generally in D&D about magic, namely that, overall, it's very utilitarian and not often sufficiently wonderful. A magic wand, by my lights, shouldn't be as reliable as a gun.

The one area where D&D really nails this is the magic sword. OD&D magical swords are all unique, with personalities and special abilities, and offer a rich experience for the fighters who use them. This is done with some fairly simple charts, and worked into the alignment system pretty seamlessly. The artifact system in Eldritch Wizardry is also good at this, and creates unique items, but these are top-flight, one in a campaign type items. Magic swords, meanwhile, are things that might exist in fairly normal campaigns below the highest levels without blowing things out of proportion.

Spells, meanwhile, tend to be quite mundane and utilitarian, almost to the point where they are simply a given in the rules. And this is to the detriment of the sense of wonder that the game wants to create. So, I've been thinking about ways to rectify this. I think the magic sword approach, expanded somewhat, is perhaps the best way to enhance the spell list, by giving each copy of a spell some "personality."

The first thing I thought of with relation to this is psychedelia. The picture above by Tim Callahan shows a hallucinating wizard, and is one thing I've long felt was missing. Psychedelic experiences of various sorts have long been a part of magical rituals, particularly using naturally-occurring hallucinogens such as "magic mushrooms." This is a good way to give a spell some really interesting material components; maybe an ESP or similar type of spell requires the caster to use some hallucinogen; the working out of the spell is simply an extension of the hallucination. Or maybe othe spells require an altered state of mind in order to cast them at all. Of course, this always carries the danger of a "bad trip."

But magic-users can't be tripping all of the time. Some spells, particularly non-combat spells, can be made up into rituals that take a while to perform. This is hinted at with the magic circle of Protection from Evil as written; it's a solid way to add thematic requirements to spell-casting and make the magic-user more interesting, particularly if there is some chance of the character botching the ritual to cast the spell. Divination spells combine well with rituals of traditional real-world divination, such as casting bones to come up with a result.

Another fairly obvious spin is alchemical. Dave Arneson's concept, which I've discussed before, of spellcasters needing to prepare a spell in advance smacks of their being alchemical in nature. This can work well with even our more combat-oriented spells such as Sleep or Fireball coming out of some mixture of powerful alchemical components. A Sleep spell effectuated in this way might take the form of a sleeping gas, for instance. It also allows the possibility that spells have been pre-cast and sat for centuries; perhaps the magic has gone a bit awry in that time.

There are dozens of types of practice that you can mingle with the existing spells of D&D. For instance, some types of magic are purely verbal and rely upon magic words or true names. Others could use sympathetic magic, using a bit of hair or a fetish to cast a spell like Charm Person that feels very much like a lot of love spells.

What I think is key is coming up with a way that each spell learned is somehow different from any other spell. These methods can be combined in various interesting ways. One magic-user's spellbook may have a recipe for an alchemical Sleep spell while another's contains a formula that commands sleep, and a third may be an elaborate hypnotism-like ritual. Once this is determined, the spell is now something quite different, not just a powerful thing that the magic-user does but something very special all on its own.

It's a bit of a wrinkle, but I think it's something I want to craft some house rules around. I'm curious how it would work out in practice.
Posted by Wayne R. at 10:08 PM