This is an idea that is very visual, so I've included a bunch of pictures. 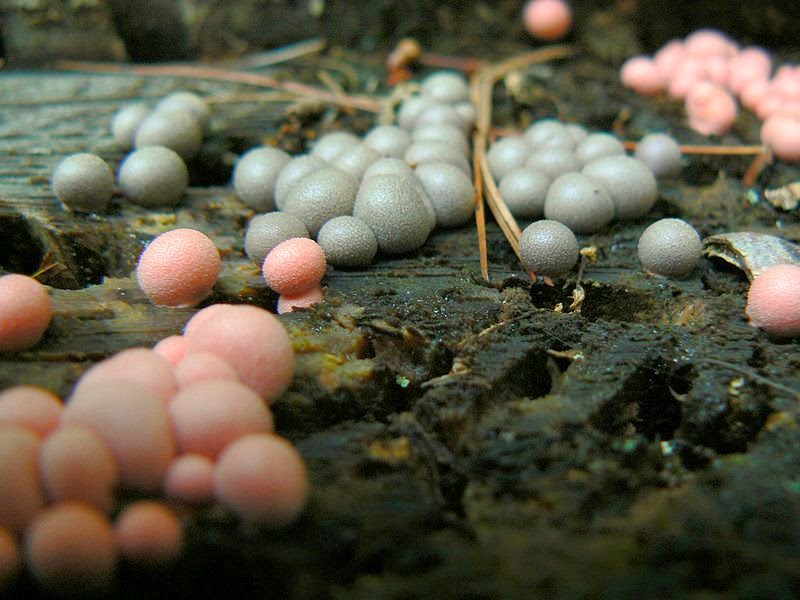 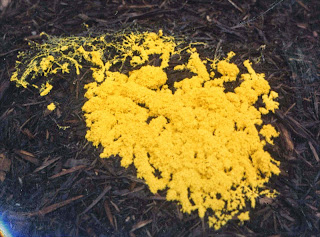 Slime molds are a great template for creating your own variations on the clean-up crew. They're an excellent fit for dungeons because their natural habitat is anywhere that is dark and moist, preferably with excess organic matter (like dung or carrion) for them to grow on. They share a life cycle where a fluid mass consumes what it needs before turning into a fruiting body, which then lets off spores that will start the process again. You usually don't see it until it gets into this later stage. Some of them almost form a slug-like body while moving toward better locations for feeding. 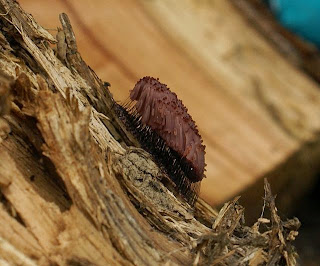 The varieties of these life forms are pretty impressive. They were often confused with fungi, which some of them superficially resemble, but they are not such. Visually the slime molds are often quite colorful; several of the most common such molds are obnoxiously yellow in color, but some are actually iridescent. Their bodies sometimes resemble vomit, or other times are distinct fungoid objects. It can be totally unsuspected, and easily confused for something harmless - or harmful - depending upon the referee's wish. 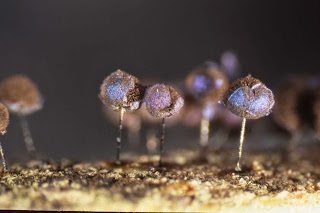 Slime molds are great because they can have all of the qualities of your classic clean-up crew; poison, acid, paralysis, and other similar nasty effects can all readily result from contact. Depending on the coloration they can be a nasty surprise when PCs step on them. But they have one characteristic that makes them endlessly fascinating: they're not readily killed. Slime molds often come out in moist weather, and go away when it dries up, but there is no real "thing" to kill. Hacking them apart will, at best, get spores on you. 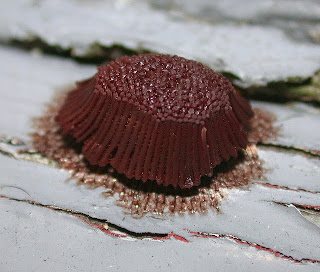 There is something weirdly inhuman, almost Lovecraftian, about the way that slime molds spread ooze-like from place to place and are totally immune to most of the things that PCs would use to destroy monsters. The potential for molds to lay spores that sit dormant, whether in a backpack or article of clothing or similar place, that will grow back and return relentlessly. There are shades of "The Colour Out of Space" if the spores spread and are seen by a farmer who thinks they're nothing more offensive than dog vomit ...
Posted by Wayne R. at 11:29 AM