The Wrath of God(s) 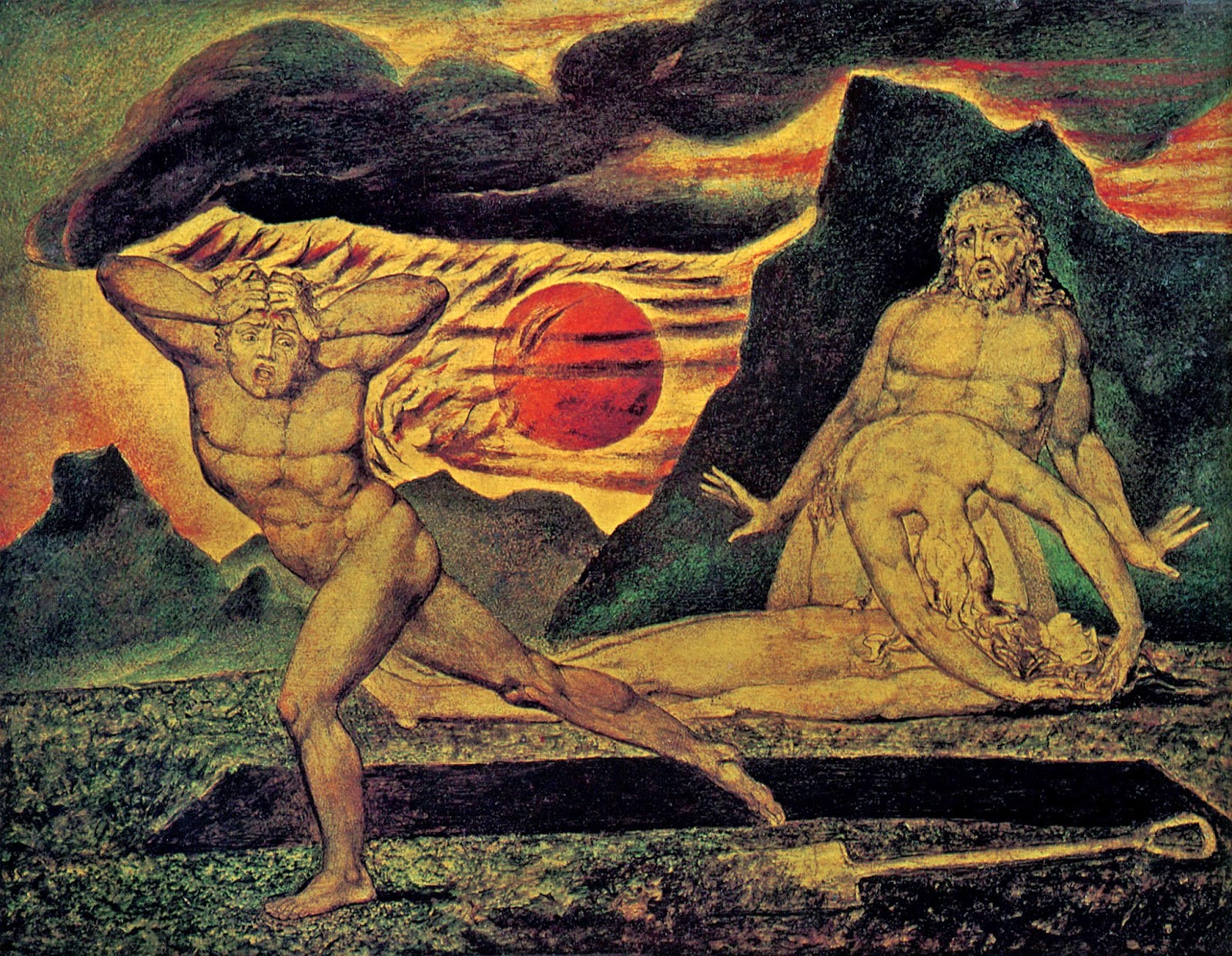 In the course of a D&D campaign, clerics pray to their gods for miracles as a daily matter of course. That never really has much of an impact on the campaign, although the AD&D DMG does advise the referee to deny certain spells that are appropriate to the deity. At the same time, they are often interfering in areas where (generally evil) deities' interests are involved.

Active involvement of deities in an RPG campaign should, as a matter of principle, be somewhat rare. The gods are infrequent meddlers, and their interaction with a human should be one of the major points of that human's lifetime. But that doesn't mean that deities should just ignore their worshippers in some semi-deist laissez-faire. Gods, particularly angry ones, do tend to intervene. And when they show their wrath, look out!

The Hebrew Bible is great for this kind of thing. I mean, the Ten Plagues are the most famous, but it's simply full of wonderful divine judgment from the Mark of Cain to the earth swallowing up Kozah and his followers (Numbers 16) to the children who mock the prophet Elisha and are mauled by two she-bears (2 Kings 2), not to mention the Flood or Sodom and Gomorrah. Pagan deities did their part as well; the Greek Hera was a great vengeful deity.

As a rule of thumb, the chance of a cleric getting the attention of a deity should be fairly low. I would suggest that at most, spellcasting has a percentage chance equal to the spell's level of attracting divine attention. Once your god is paying attention to you, you've got a problem if you don't act appropriately; this may take a harsh or subtle form of warning, depending on the god's nature. Characters who do particularly well by their god's ethos when thus under the divine eyes should be rewarded, just as failures punished. It is best if the player doesn't realize what's happened except that their cleric is having all sorts of odd things occurring around them.

But a really good way to anger gods tends to be when you mess with their favored priests and prophets. One can hardly forget the precipitating crisis of the Iliad, when Chryses petitions Apollo to punish the Achaeans for stealing his daughter Chryseis, and Apollo punishes the Achaeans with a plague, caused by his arrows. (That's an idea for a hell of a magic item, while you're at it: plague arrows.) A grievous wrong, even the death of the priest, can be the justification for a god's direct intervention in an opponent's life.

One thing we can learn from mythology, if nothing else, is that a god's wrath must be propitiated. Think of the main action of the Odyssey, which is caused when Odysseus blinds Poseidon's son, the cyclops Polyphemus. It takes a decade for him to get home, and all his men are killed in the doing. One way for the referee to have fun with this is to create a cleric as an enemy, who is a favorite of his deity. When the PCs kill him, the cleric's god unleashes some curse on the PCs. It would not be fair to simply kill them, but giving them a potentially lethal burden or inconvenience makes for a great source of further adventure.

Turning away the wrath of an evil god may be fodder for any number of quests. The favor of a good god is one way, although it comes with its own perils. Sacrifices may be unacceptable for good characters, and they may need to simply live out the period of being cursed by a dark god. It seems particularly fitting; if not quite Appendix N, Karl Edward Wagner's Kane strikes me as a great example of a character living out such a doom. PCs in a D&D campaign can do well to learn a thing or two from that.

Again, I want to emphasize: these should be rare events. Too much involvement makes gods into over-active superhumans. But there is a mythic feel that I don't think a lot of D&D gets to that can be fixed with a touch of divine wrath.
Posted by Wayne R. at 4:01 PM