I've been thinking that I'd like to do some more wilderness gaming, and toward that end I've decided I need more random tables for wilderness features. Rather than just write them up for myself, I figure they are good material for the blog.

Standing stones are compact, simple things of interest in a wilderness setting. They aren't all weird, but these are some ideas for when the players encounter, and possibly camp out near, a mysterious menhir. 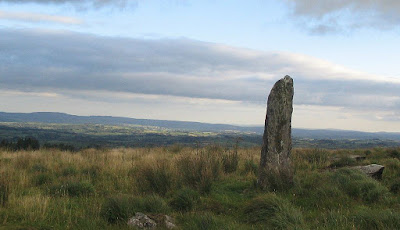 What's Going On With These Standing Stones? (d12)