An aside on rules 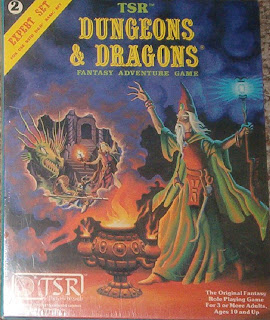 I've been thinking a lot about my choice of ruleset lately. I've been running Holmes D&D for a month or so now. The games have been fun but I think there are some issues I've been having with it, and in the long run I might wind up retooling my games to look more like B/X or Labyrinth Lord with variant race/class options.

The first problem is ability scores; back when I started running OD&D several years back I wanted to de-emphasize high stat rolls. I still basically think that impulse is correct, and aesthetically I dislike AD&D's approach to ability scores. The Holmes stats are a middle ground, but wind up emphasizing extremely high Constitution in a way I don't like, and make Strength and Wisdom useless. That is particularly bad for Fighters, who have nothing to distinguish themselves. I've long been on the fence about Moldvay-style stats; I dislike them in a "4d6 drop lowest" type of ability score generation, where the bell curve that the bonuses follow gets skewed quite badly in favor of high modifiers. The 4d6 drop lowest methodology is only useful for AD&D where stats below 15 rarely give any bonus. But compared to Holmes I think the Moldvay stats make fighters much better.

I remain torn on damage dice. On the one hand, I love dice and rolling different types; on the other, I like the simplicity of having all weapons keep the d6. In long term play I am tempted to switch over to variable weapon damage just for the variety. With one-shots and the like, d6 damage is fine as a way to make things simpler.

Dexterity as initiative is another point I'm torn over. This blog's title comes from when I was running with group initiative as 1d6 roll high, and I remain fond of it. I also didn't mind Dexterity for initiative, but once again it runs a bit dry on the variety after a bunch of combats. My actual issue with this is different: neither method has a good way to interrupt a magic-user who is casting a spell.

I've come to think that two of the design cornerstones of TSR AD&D that got lost going to Wizards of the Coast D&D (both 3.x and 4e) were absolute improvement in saving throws and the ability to interrupt spellcasters. Saving throws get better as characters level up, meaning high level characters are less likely to be affected by a spell at all. Combined with the fact that magic-users could be hit during combat and lose their spells, this did a lot to level out what came to be called "caster dominance" in 3.x D&D, which removed both of these effects.

Most of the complicated stuff in AD&D combat stems from the attempt to bolt enough complexity to handle spell interrupts onto a relatively simple initiative system. There we have all kinds of complication from weapon speed and length, spell casting times, segments and so on, all so a fighter can smack a wizard with a sword and stop him from casting his spell. It's much more than I actually want to deal with in my games, but at the same time I want the impact of melee characters being able to stop a caster.

I'm thinking of just following the simpler method of ruling that a magic-user or cleric, if hit in melee before they cast a spell (i.e. lose initiative and get hit), they can't cast the spell. Or I may modify it: so that if the losing initiative die is less than or equal to the level of the spell being cast, then any hit will interrupt it. So: casting Sleep will be interrupted if the magic-user gets hit and his side rolled a 1 for initiative, but not if they lost on a 3, while casting Fireball will fail when the losing initiative roll is a 1, 2 or 3. (Using the die roll rather than the difference because I don't like penalizing high misses more than low misses; losing on a 3 should not be as bad as losing on a 1.)

So I'm looking for thoughts on these issues, both from Holmes and Moldvay fans and in general. What's the best way to achieve these goals? Am I better off hacking Holmes further or switching to Moldvay but without the race/class divide? Am I overthinking things here?
Posted by Wayne R. at 8:16 PM