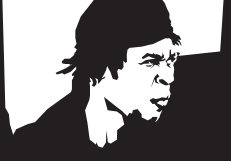 I've been reading the new edition of Apocalypse World, which is way outside of the D&D and OSR type games that I usually play. I like a lot about it, but want to focus on one area in particular. AW has a list of principles that the Master of Ceremonies (that's what AW calls the referee) is supposed to follow when running the game. They're a bullet point list of ideas - "Barf forth apocalyptica", "Look through crosshairs", "Ask provocative questions and build on the answers," "Respond with fuckery and intermittent rewards", and several others.

While the particular principles of Apocalypse World are idiosyncratic to that game, I think the broad idea of making such a list is sound. When GMing, it's easy to get lost in a back-and-forth of things, and a bullet list of ideas is a good reminder of what you want to do and how you want your game to run. This is a first draft of my own set of ideas on how I run and things I'd like to make sure I do when I run D&D.

This is important to me because weirdness stands out better against a more prosaic backdrop than in a sea of unending oddity. But it's not just a sea of bland, it's interrupted in real and strange ways.

This is why I like OSR style gaming. You find amazing stuff sometimes, but either it's trying to kill you or its owner is.

I place a high value on fairness, which is the only way to be a referee in a world that has real danger and the possibility of death.

A puzzle, trap, or monster might go totally missed, or take 2 minutes to solve. Don't worry about your special piece as long as everybody has fun.

When players spend too much time debating what to do next, either give them an extra factor to help them decide, or have someone show up with a crossbow.

Things should happen when PCs leave an adventure site, a town, or any area for a period of time. Monsters build defenses, people leave or change, factions make and break alliances.

Whether it's a misinterpretation or an addition or just a stray thought, when players bring up something excellent, always go with it.

No quantum ogres. Have at least two viable options open to the PCs, and a reason to choose or not choose at least one of them..

I always try to have multiple books with tables so I can roll something up on the fly. It's hard to do improv straight from your own head and I should probably do more of just rolling on a table to throw something at the players.

If you've read this far, I'd be interested to read your own list of principles for games you run.
Posted by Wayne R. at 12:54 PM