A different approach to languages 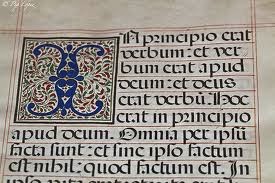 In the last session I ran of B2 Keep on the Borderlands, one of the players noted that a paucity of linguistic skills stopped the PCs from having any kind of non-combat interaction with the kobolds. Someone would have had to actively take the language, and the PCs present didn't have high enough Intelligence to get bonus languages. It's a picky and difficult thing, and monstrous languages are kind of a crapshoot where players make guesses at what might be useful.

At the same time, the ability to talk to monsters is one of the more interesting parts of D&D. As an RPG, players can strike any bargain or make up any trick they want; the monsters don't have to be bags of hit points that deal damage. So this is an area of serious potential for roleplaying if the language issue can be fixed.

There could be a solution closer than people think: alignment languages. I've written about them before, and I don't have the strong objections to them that many people seem to. They are often ridiculed in no small part because the Dungeon Masters Guide makes it clear that alignment languages are meant for relatively abstruse and philosophical discussion, with practical matters all but verboten. I think this is wrong-headed.

Alignment language could play a very interesting role as a lingua franca between humans and monsters. I think this might work best with a Holmes-style five point alignment where some monsters have different alignments, but continuing to take the Chainmail-style stance that alignments are basically "sides." This works well in Holmes because goblins, hobgoblins and kobolds are lawful evil while orcs, gnolls and bugbears are chaotic evil. That means a character can realistically talk to goblin-types but not orc-types, and vice versa.

The shift would be to make alignment languages fully functional tongues - LG being something like Latin, CE being akin to the Black Speech of Mordor, CG as Sindarin, etc. While they have a ceremonial use, they are widely known and more importantly are complete languages. The other change is to make them learnable by individuals not of that alignment. So a PC could speak the CG and CE languages - and it might be suspect - but it would certainly allow them to communicate with all CE creatures. Elves would get CE in addition to their alignment language, and dwarves get LE. This is more or less close to the creatures they can speak with per B/X.

This approach has two benefits. One is that there is a "level safety" to this; if kobolds are only encountered in this one cave, your 12th level magic-user won't have a wasted slot with "kobold" on his character sheet. Instead he'll have "Lawful Evil" or the in-campaign name of the same language. The second advantage is that it lets the referee play around with different monster archetypes without making things totally incompatible. What if your PC took Orc and Goblin as languages but all you run into are beast-men? Then the slot gets totally wasted. But if there's a Chaotic Evil language you can learn in addition to your own alignment tongue, you can talk with both orcs and beast-men.

Of course, this is something of a worldbuilding question - but so is the default D&D language situation. Having "Common" and various monster and alignment languages instead of pseudo-historical or historical human languages is a definite shift away from most fantasy works, especially post-Tolkien ones that revel in their worldbuilding. The best way to do this, IMO, is to turn these alignment languages into a worldbuilding tool instead of a hindrance. Figure out why there's a common language among kobolds, goblins and that evil empire.

The one other shift referees may want to consider is whether humans have the alignment language related to their own alignment, or the prevailing alignment of their home area. For instance, in a Lawful Good town - how would a Chaotic Evil fighter pick up the Black Speech? More likely he knows enough of Church Latin to get by. It's another layer of complication but once we take it up, it makes a bit more sense out of the whole concept.
Posted by Wayne R. at 6:18 AM