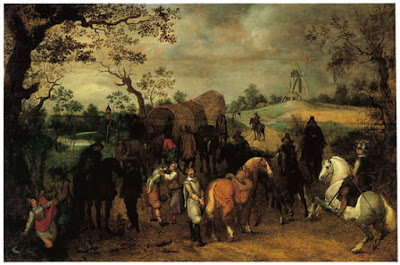 In terms of tone, the idea of bandit Lords and soldiers is an undercurrent beneath a lot of the great medieval literature. It was prettified under the guise of chivalric combat for Arthurian tales but the basic idea is not much different. But if you're ever hexcrawling in the OD&D setting, give robber barons a thought.
Posted by Wayne R. at 4:20 PM