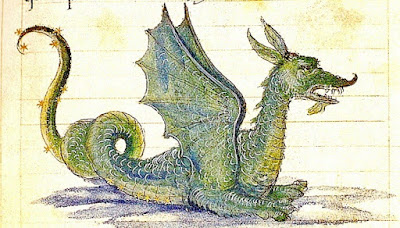 The moral is simple: don't be afraid to add dragons to your dungeon. They are designed in OD&D to be things that you can handle but still have some "badass factor."
Posted by Wayne R. at 3:04 PM