Looking at a Real "Megadungeon"

Hat tip to Dave Younce on G+ for sharing this link. 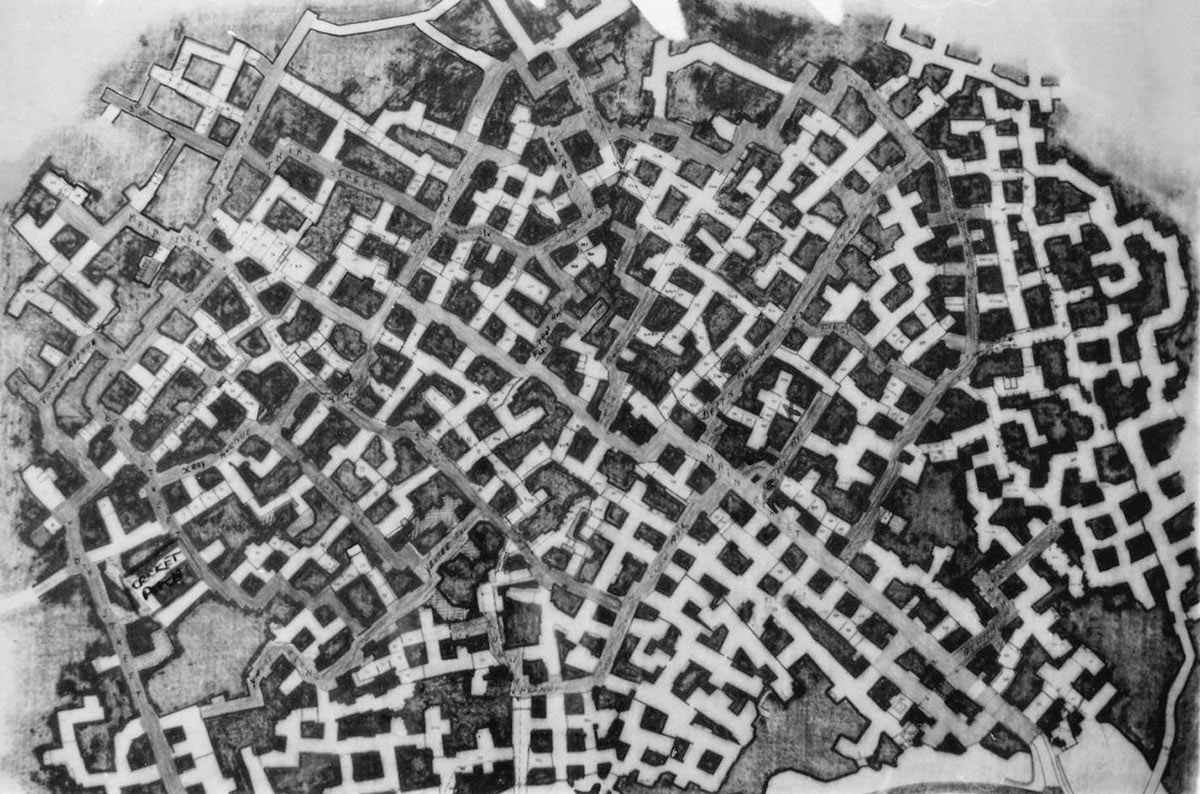 This is a terrific article that looks at a massive megadungeon abandoned Roman quarry / NATO bunker beneath the Netherlands and Belgium. You go into one nation and come out in another. There is a brilliant description of what it was like to navigate the underground tunnels:


Most corners were roughly 90 degrees, but only roughly. Going through the caves was an exercise in left and right turns every 50 feet or so. Navigation was helped by street names. Unlike in the USA, where streets are numbered on a sort of grid pattern, these were zigzag streets. My office on Main Street and J Street, so if I got lost I would just keep walking until I came to either Main or J, and join it. If I went the wrong way, eventually the street would peter out either at the perimeter or a T-junction, and you would just turn round and go back the other way.

This massive complex was built from limestone, and was soft enough to cut with a chainsaw; the bunker was a "black hole" where everything that was brought in was thrown out in one of the underground landfill sites.

The BLDGBLOG link doesn't show much of what this place looks like, but it provides links to some photosets that do. Here they are in a clean format that doesn't block right-clicking:

It's fascinating how wide these corridors are; many are 20' or wider, but even the narrower pathways are anything but claustrophobic. You could easily have full, programmed encounters at any point in the dungeon, regardless of whether it was an "office" (cleared out room) or not. The stairs down are dizzying. And when you find a pile of rocks like this, it only raises the question of what is lurking beneath it.

One of my favorite parts in the quote above is that there were "street names" in this labyrinth. It just seems like a very organic way to tackle a labyrinth; of course, in a fantasy world these "names" might not be written in a comprehensible language for the PCs, but rather a series of sigils or unreadable characters that the players have to figure out are in fact used by the denizens to navigate. And the idea that "streets" are not straight makes sense if there is any defensive value to the layout, as anyone who has driven around Washington, DC can tell you.

The manmade-but-not-worked nature of the stone also has a lot of potential. Since it is relatively soft, it's a great material for laying in secret doors or cutting out niches in floors, walls and ceilings to hide treasure. Tunnels – the kind beloved of kobolds or giant rats – are pretty easy to dig, and PCs can even do some small-scale mining. And I love the idea of ladder rungs right in the stone.

Of course this is just one example of a large structure built underground, but it has some really great ideas for what things look like when people build things beneath the earth.
Posted by Wayne R. at 3:25 PM