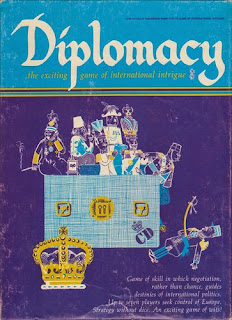 I think this view of roleplaying has a lot to offer. If you play old school D&D as written, with the reaction table and hireling loyalty and so on, elements of it will come out naturally. And it offers a fun, playable alternative to people who think of role-playing primarily in terms of melodramatic play-acting.
Posted by Wayne R. at 10:10 AM