The Old School Renaissance in 2015 and Beyond 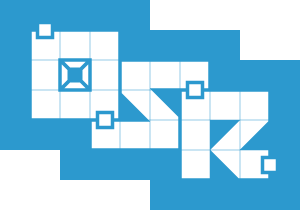 2015 is coming to an end, and that means it's time to think about what happened this year and what lies ahead for old school gaming in 2016.

Metamorphosis Alpha is the big revival of the year. Going from a couple of stray releases to a full-blown product line is impressive. The MA renaissance will continue next year when Epsilon City is released. Our stout Warden commander, Jim Ward, got through a rough bout in the hospital and had a successful Gofundme. Deluxe Tunnels & Trolls also hit this year, a significantly expanded and updated version of the T&T game.

The big intriguing question for next year is what will happen with Runequest 2. The republication of Chaosium's classic RQ rules is wrapping up a very successful Kickstarter campaign with promises of it becoming, once again, a full-blown campaign line. Tied directly to Glorantha, this effectively puts the kibosh on decades of attempts to make RQ generic, and also has promise to make a classic rule set a major part of today's RPG scene. Part of its interest is that RQ is deliberately not Gygaxo-Arnesonian fantasy.

Consider something. Between online print-on-demand releases and reprints, it's been possible over the last few years to get OD&D, AD&D, T&T, Metamorphosis Alpha, Empire of the Petal Throne, Traveller, many Judges Guild products, and next year Runequest legally in their unadulterated original forms. Effectively the way people gamed in the 1970s is immediately accessible. That's not an unimpressive feat. I think the OSR has had a wide impact in this, and it's something to enjoy.

Goodman Games is in fine fettle. They released a Monster Alphabet that was almost a side question to their constant flow of Dungeon Crawl Classics products and their wave of reprints. DCC has brought the boxed set back with Chained Coffin and Peril on the Purple Planet, and is about to go to new levels of excess with the 4th printing. Joseph Goodman has found a niche, found its spending level, and is pushing its buttons like a maestro.

The up and comers are worth talking about. Autarch, whose saga with Dwimmermount threatened to delay its Adventurer Conqueror King, released an excellent sandbox module with The Sinister Stone of Sakkara and is putting forward a Lairs & Encounters book in Kickstarter that promises awesome stuff. These guys are hitting their stride.

White Box is also having a day in the sun as a highly adaptable platform, with White Star and White Lies released this year and more to come. It's far from perfect but has created a flurry of activity. S&W White Box is also back in active and solid support. My hope is that this is more the legacy that Swords & Wizardry has rather than as a kid sidekick to Pathfinder for Frog God's releases.

Lamentations of the Flame Princess rocked the world by winning ENnies and then failed to release anything new other than T-shirts. Which means that 2016 is primed to be an absolutely humongous year again. The number of products that Raggi owes everyone is high and the individual projects are promising. Also, Geoffrey McKinney is going to release four hexcrawl modules for his excellent Carcosa setting around Spring 2016. Geoffrey's new work will be AD&D compatible.

Several companies, including Goodman and Frog God, have tried to make old school 5e happen. Nobody's made any splash whatsoever. FGG's books (Quests of Doom, Book of Lost Spells, Fifth Edition Foes) are quality but haven't created a distinct space. Neither have Goodman's Fifth Edition Fantasy modules. They sell but are sort of absorbed in the generic 5e 3PP space, which is primed to be won by products from people like Sasquatch Studios and Kobold Press. The "O5R" is effectively on life support.

This year's big winners, though, are small presses doing their own thing via Lulu and OneBookShelf (DriveThruRPG/RPGNow). Yoon-Suin is hands down the best old school product of the year, and Fire on the Velvet Horizon is a full and worthy answer to the gauntlet that Zak S. threw down with A Red & Pleasant Land. Richard LeBlanc (Creature Compendium, Basic Psionics Handbook), Simon Forster (Book of Lairs), Kabuki Kaiser (Castle Gargantua) and the White Box crew, particularly James Spahn (White Box Companion, White Star), have been crushing it. I am really impressed by the work of all these people and a half-dozen more, and I'm extremely pleased that DIY self-published products managed to take the initiative in a year that easily could've been under the shadow of 5e and LotFP's mega-year in 2014.

The Zines keep coming too. This has been a fun year, including the innovation of the one-page zine. It's still mostly clustered around the same suspects as last year, but there have been a few additions. I keep a collection in Google+ called Zine Alert! that people should follow. I have a standing personal policy to both buy and promote any handmade old school zines offered, so if you plus me on the post or message me with it I'll spread the word.

The old school gaming scene rocked in 2015. Personally I got to play MA, OD&D, B/X D&D, Lamentations of the Flame Princess, and DCC RPG. Hopefully I'll be able to add White Star to that soon as I'm rather jazzed by the recent Star Wars film. LotFP set the bar high in 2014, and I think small press and DIY rose to the challenge admirably. I hope to see more like it in 2016. Good gaming!
Posted by Wayne R. at 10:25 AM